A downloadable game for Windows, macOS, and Linux

When you open your memory box, you find all these things that marked the key moments of your past...

Gather your recollections and look back on your life with fresh eyes.

Very interesting concept! I really liked he idea of combining different objects to create a memory. I did feel a little scared while playing but that was probably because of the darkness surrounding the character. But over all a very good game and a sad story

I don't know if you've heard of Game Development World Championship before (gdwc2019) but it's a competition for indie game developers where they can submit their games and it's free! It's great if you want some more visibility for the game and it only takes a couple of minutes to join :) 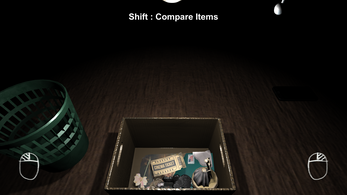 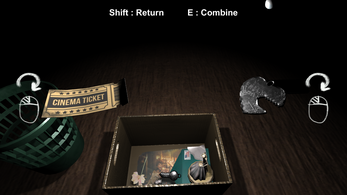 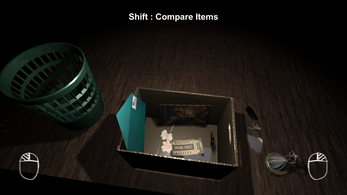